"He wrote the Birds of Minnesota, the outstanding work on midwestern ornithology. Dr. Roberts brought to fruition his long-cherished dream of a modern Museum of Natural History, which is now regarded as one of the finest museums of its type in the country. It is more difficult to evaluate Dr. Roberts' influence on the people of Minnesota, but certainly it has been great. Inspired by his example, thousands of Minnesotans have turned to the study and enjoyment of natural history, which has lead [sic] inevitably to a heightened concern about the conservation of nature in a broad sense."

~   From a tribute in the Minnesota Conservation Volunteer, 1946 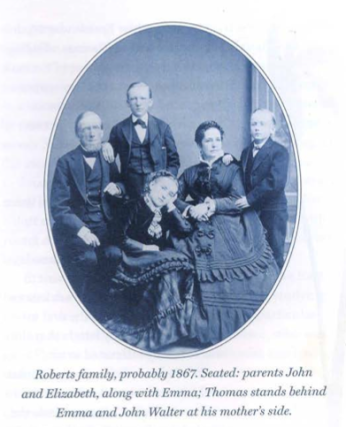 Thomas Sadler Roberts was born in 1858 and came to Minneapolis in 1867, when his family moved there. The boy spent his free time exploring the oak woods, tamarack swamps and prairies that surrounded the town, and roaming the lakeshores of Calhoun and Harriet. At 16, he began a bird journal and recorded the birds he had seen. Soon after, he began a collection of Minnesota birds that within a few years numbered 6,000 and eventually became the nucleus of Minnesota’s ornithological holdings.

Despite his intense passion for birds, Roberts did not immediately become an ornithologist. Instead, he returned to his native Philadelphia to attend the University of Pennsylvania Medical School. After graduation and residency, he returned to Minneapolis. His large practice included a diversity of patients, both wealthy and indigent, as well as public health work on TB. During vacations, Roberts explored and collected birds along the Mississippi in southeastern Minnesota, along the North Shore, in the Red River Valley and near Lake Vermilion.

In 1915, Roberts ended his successful medical practice and took an unpaid post as “associate curator” of the state’s Natural History Museum at the University of Minnesota, where he revamped the museum. Inspired by established natural history museums out East, he planned large dioramas set in Minnesota, organized a lecture series, and arranged for traveling cases showing the state’s birds and mammals to school children. As an eductor at the University, his primary goal was to increase his students' interest in and knowledge about birds. Frequent accounts that reached him of the pleasure students had derived from their bird hobby “always left him with pleasant thoughts of having accomplished what he had hoped to do.”

Eventually, Roberts fulfilled a lifelong dream of authoring a book on Minnesota’s birds. Published in 1932, The Birds of Minnesota was and remains an unparalleled compilation of data on the state’s native birds.

In his 80s, Dr. Roberts oversaw the construction of a new building for the natural history museum that he had nurtured for two decades. The museum was eventually named for its chief benefactor and Roberts’ former patient, James Ford Bell.

Dr. Roberts died in April of 1946 and was buried at Lakewood Cemetery. 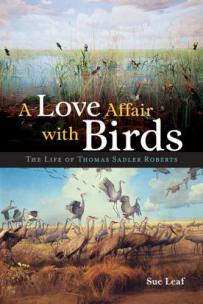 A Love Affair with Birds is the first full biography of Thomas Sadler Roberts. Bird enthusiast, doctor, author, curator, educator, conservationist: every chapter in Roberts’s life is also a chapter in the state’s history, and in his story acclaimed author Sue Leaf—an avid bird enthusiast and nature lover herself—captures a true Minnesota character and his time.

"It allows us to sense Roberts’s passion for birds, his detailed powers of observation, and his thoroughness in documenting his lifetime of bird observations." 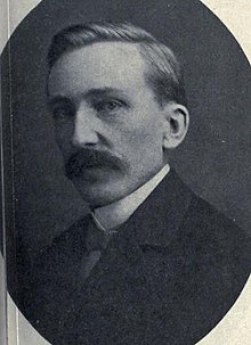 Thomas Sadler Roberts (February 16, 1858 - April 19, 1946) was an American physician known for his work in ornithology, bird conservation and for his book The Birds of Minnesota(1932), a comprehensive account on the birds of the Minnesota area. Roberts was an influential educator on birds and their conservation and helped establish the Bell Museum of Natural History. Roberts Bird Sanctuary in Minneapolis is named after him. He was among the many ornithologists who saw the last flocks of the passenger pigeon in Minneapolis. 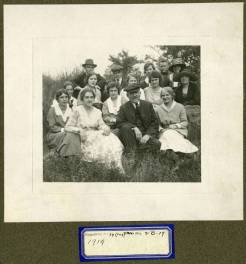 Eulogy by W. J. Breckenridge and William Kilgore in The Auk, October-December 1946.

Eulogy by W. J. Breckenridge and William Kilgore in The Auk, October-December 1946
"In recounting his life and deeds we seem for the moment to have again enjoyed a visit with him, but the fact remains that our friend is gone, and in the final balancing of accounts there can be no doubt that far in excess of his few shortcomings will be Dr. Roberts's very considerable contributions toward a better life for his fellow men and those to follow him."
TSRp0574-p0583.pdf
Adobe Acrobat document [575.8 KB] 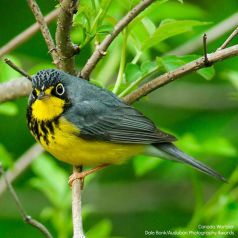